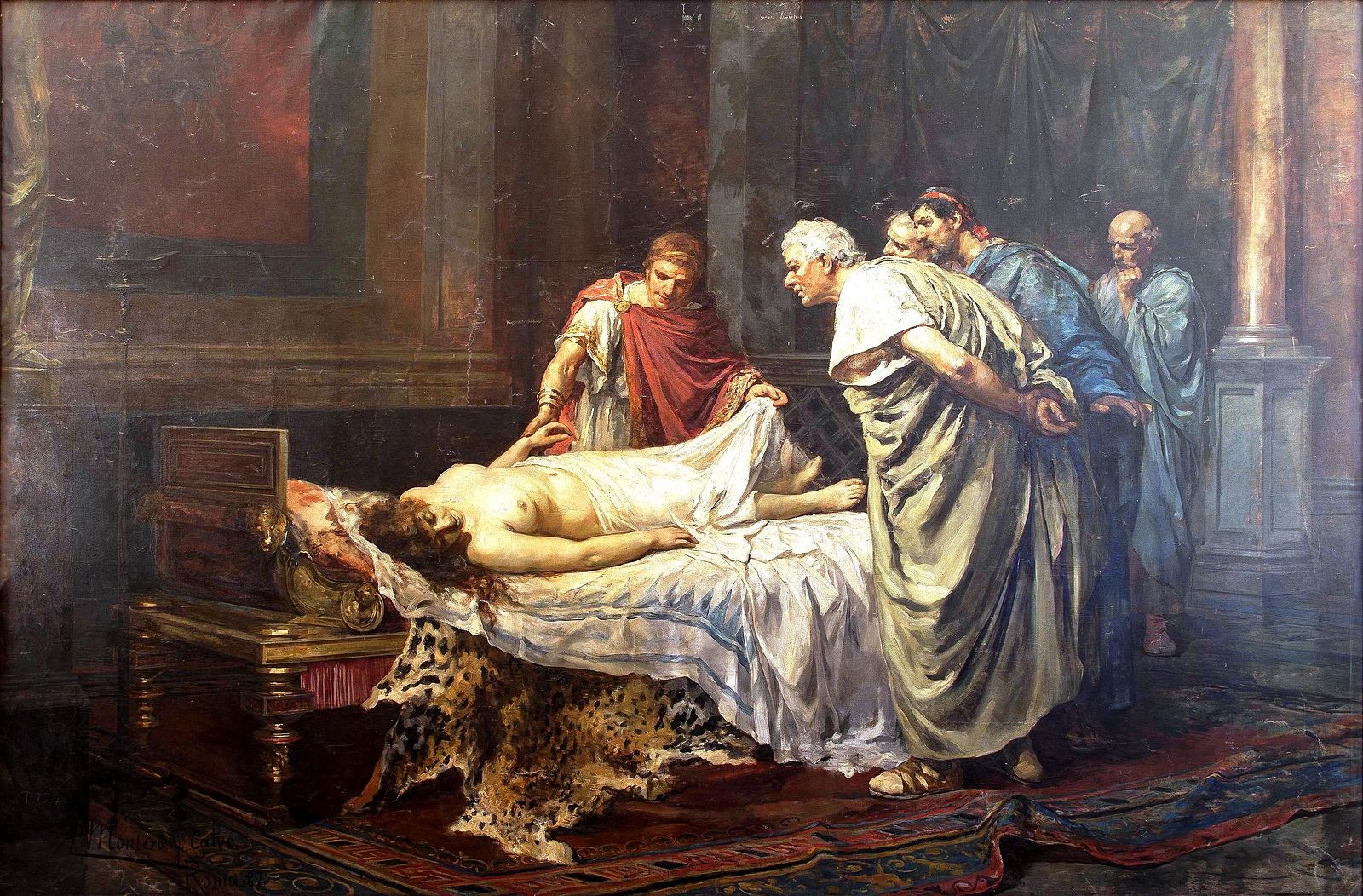 Nero is known infamously in Roman history as the emperor who fiddled while Rome burned. Whether this is true or not, we will probably never know. What we do know however, is how problematic Nero’s relationship with his mother was. Nobody ever talks about it, but Nero was the OG Mummy’s boy, and he could really give Oedipus a run for his money.

We don’t need to go all the way back into Nero’s childhood to see some of the weird stuff – we can just start at the beginning of his rule. Before Nero came Claudius, my personal favourite Roman Emperor, who had some serious mental health problems that we would now probably call Schizophrenia. Nero’s mother, Agrippina, married Claudius, so Nero would inherit the throne. This seems like a pretty stock-standard thing for about 45AD – getting married for status and power – it still happens now. What is truly sad though, is that Agrippina had poor Claudius killed, in the strangest and most pathetic way imaginable.

Agrippina originally tried to poison Claudius’ dinner, a classic wife/husband murder plot, but he just wouldn’t die. This is when she decided to call the doctor, who she was in cahoots with, to pretend and help Claudius for his sore stomach. How sweet. So along comes the doctor, with a feather laced with poison, and tells Claudius to make himself throw up by shoving it down his throat. Claudius died, and Nero was the next emperor of Rome.

So with Nero in power, you’d think he would be mega grateful to his mum, right? Wrong. Nero decided to kill her. How dare she help him become emperor of an entire kingdom. (Turns out he didn’t even have an interest in government, so she wasted all that time marrying her uncle.)

As he got older, he still didn’t give a shit about being the emperor, but Agrippina was enjoying having power, which was more power than any Roman woman had had before. Slay, Agrippina. She made it pretty clear that she was the reason he was emperor, and even though he didn’t care about the power, his fragile masculinity couldn’t take it. (Also, is it just me, or would Nero probably be an incel if he was alive today?)

First, Nero tried to drown his mother. He sent her off to sea with a bunch of his henchmen, and he thought she had died. But she was one tough bitch, and she swam all the way to shore. Imagine the look on his face. Sadly she was killed later anyway.

The really creepy part is that when they lay her naked corpse in front of him, he said something like, ‘look at her beautiful body’, but in an ‘I’d like to fuck my mother’ kind of way. Obviously that’s hearsay, it was 2000 years ago, but he was a weirdo, so I’m leaning towards believing it.

Nero did a lot of weird shit, and I might do another post about him and his kinks in the future, but for now that’s it. Emperor Nero, the OG incel and mummy’s boy.